Considering moving to Hungary? This is what you need to know

Making the big move to another city is usually a well-thought-out decision.
Moving to another country requires even more consideration. In this article, we collected some very important information that you might want to know out of curiosity or because you plan to extend your stay in Hungary.
General information In Hungary, the currency is the forint, not the euro. The country has a high-income economy and a very high human development index. Hungary also has a skilled labour force, and it ranked 16th in terms of lowest income inequality worldwide. The major industries are food processing, IT, pharmaceuticals, production of motor vehicles, chemicals, electrical goods, and tourism. The corporate tax rate is 9%, which is low in Europe. The country’s main export partners are Germany, Romania, and Italy. The main import partners are Germany, Austria, and China.

According to the 2019 UN Report, Hungary ranks 73rd among countries with the largest foreign-born population. These nationalities include Ukrainian, Chinese, and German people. 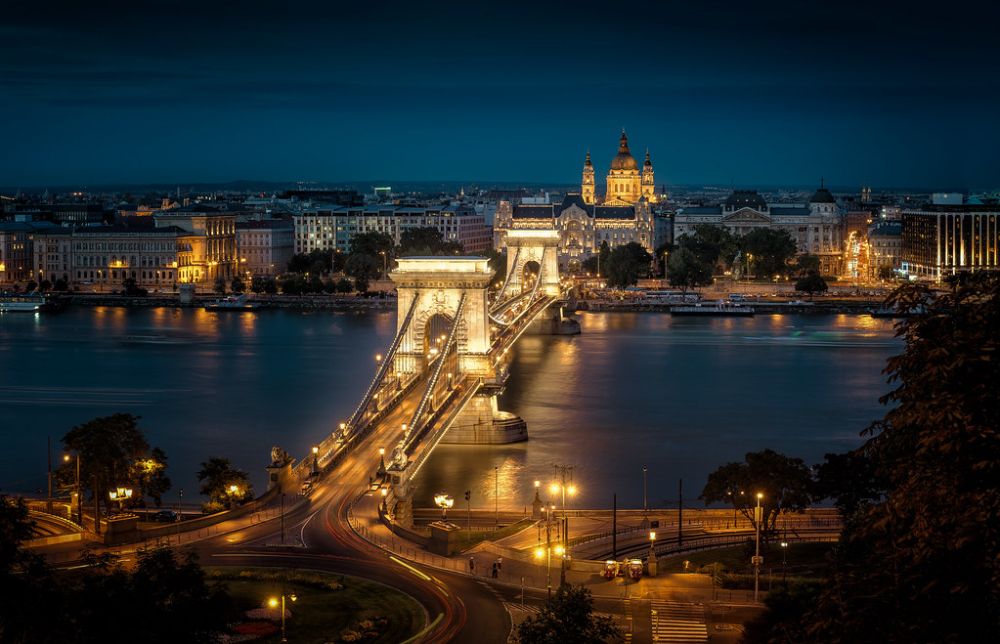 Needless to say, the wonderful locations, rich culture, tasty foods, and breathtaking monuments can attract many people. Another factor might be cheap real estate, about which you can read HERE. The Balaton region has become more popular for new residents. You can read more about it HERE. National parks, UNESCO world heritage sites,  the climate, and even Budapest’s closeness to other capitals might be attractive.

Hungary borders 7 other countries: Austria, Slovakia, Ukraine, Romania, Serbia, Croatia, and Slovenia. The transportation infrastructure between Hungary and its neighbours is also great.

Restaurants, bars, cafés, cultural events, museums, but even the nightlife and music festivals bring many people to Hungary. Sziget Festival is a well-known name for many foreigners as well. Also, many people enjoy their can of beer, amazing wine or drink from the infamous pálinka.

Hungarian is a very difficult language to learn. However, there are many people who could learn the language and can speak it very well. If someone puts in the effort, they can learn Hungarian. Native Hungarians are generally friendly, and they are very happy to hear that someone is learning the language. Also, if you can already say Szia, use this to make an even better first impression. And another thing to consider is that if someone speaks any foreign languages, they should be proud of it.

It is an achievement. Apart from the hardships of learning Hungarian, knowing another language in general is a plus. Now, mentioning some negatives about Hungary, we have to say that the infrastructure in some rural areas is not the best. Corruption and bureaucracy might make some people very angry with how things work. And, on top of that, real estate prices in Budapest are skyrocketing.

According to foreigners, food and housing in Hungary are cheap. Now, as a Hungarian, I would advise you to consider how much money you would make at your job and check out the cost of living. Sure, in comparison to other places, Hungary is cheap, but wages in other countries are higher. Schooling in Hungary is free for every child. At universities, the state gives scholarships to many students who have the full cost of their tuition covered. In general, tuition in Hungary is affordable. At some universities, however, tuition is more expensive. This applies to med school, for instance. Applying for a residency permit is not too complicated.
Normally, ID documents, your passport, visa, ticket reservations, supporting documents for accommodation, and a confirmation of financial resources are required, among other documents. Make sure to check it on the Hungarian Embassy’s website.

If you do not plan to move to Hungary but you are of Hungarian descent, I have some good news for you. There might be scholarships or programs available in your home country to help you embark on a journey to get to know your heritage more.

Considering moving to Hungary? This is what you need to know
Post covid real-estate market of Budapest
About 20% of homeowners plan renovations by 2022
1st time buyers account for nearly quarter of home purchases
Questions? Let's Chat
Need Help? Chat with us